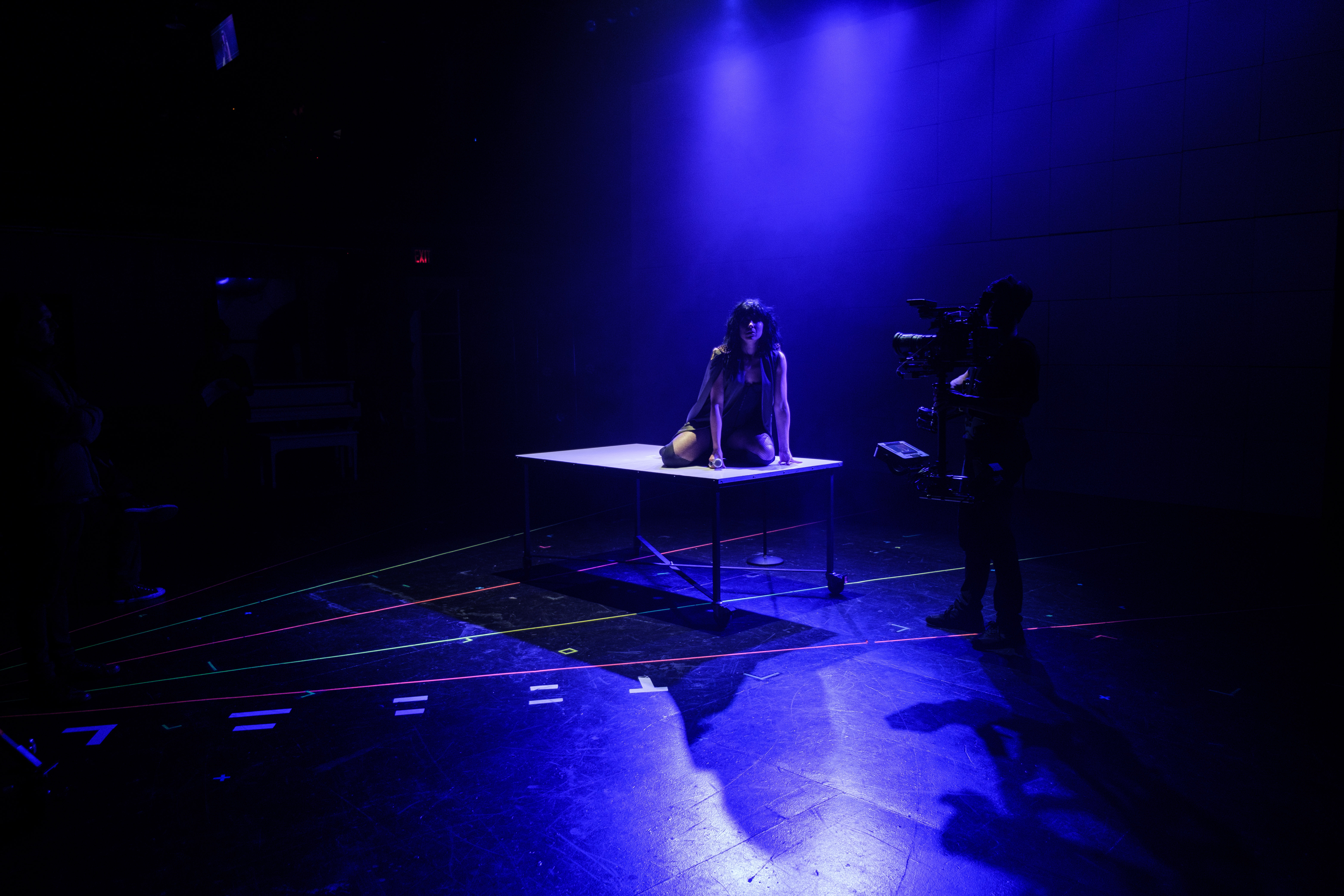 Can we create a feature film live as a cathartic theatrical experience? This truly multimedia work offers a poetic answer to the mysterious interconnection of creative simultaneity. We follow the lives of 5 strangers forever intertwined by music across space and time with music by Amanda Palmer & Jason Webley, Firehorse, The Few Moments, and Sky White Tiger performed by and all-star cast led by front woman Leah Siegel of Leisure Cruise. The five central characters are creating, in their separate but metaphysically linked worlds, the common musical and sound tapestry that anchors the story. Since the spectators occupy seats in the balcony and move through the performance space as part of the narrative, in a sense they are watching themselves. The frame within a frame is emphasized by the film that is made of the performance each night and then distributed online, a technological coda that reverses the audience’s immersive experience and illustrates the dual role that technology plays in artistic creation: freeing in terms of access, but restrictive in terms of content.

Written and Directed by Michael McQuilken